We've noticed this is not your region. Redirect me to my region
What do you want to learn today?

It has been featured amongst the "Top 10 Culinary Institutes in the World" and awarded the "Recognition of Quality Culinary Education" by World Association of Chefs Societies (WorldChefs), a global authority on food standard.

The centre has won several awards, including the prestigious City & Guilds, London Lion Awards (Known as the Oscars of Skills), "International Centre of the Year Award 2016", apart from "International Centre for Excellence Award (Middle East)-2016", ProChef ME Cooking School of the Year 2016 and the Broadcast Pro Best Digital Initiative of the Year 2016, amongst several others for its application-focused and outcome driven, innovative initiatives, quality training and continued excellence. 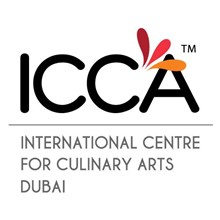